If the distribution Trust the world

Vein quartz is not a mineralogical name, but a rock which is formed by hydrothermal or metamorphic process, occurs in vein shape and is almost composed of single quartz mineral. The content of quartz is more than 99%. It often contains a small amount of pyrite, Specularite, hematite, chalcopyrite, galena, feldspar and mica. The rock is white, light gray white, oil luster, non granulated crystalloblastic structure, hard and dense block.

Vein quartz mainly occurs in granite or metamorphic rock area related to migmatization. The ore bodies are vein like and lenticular, with thickness ranging from several meters to tens of meters and length up to hundreds of meters. Most of them are single vein ore or multi vein ore, and the scale is mainly small. As the SiO2 content of natural vein quartz is generally higher than 99%, it is easy to process into high-purity quartz sand with SiO2 content higher than 99.9%. 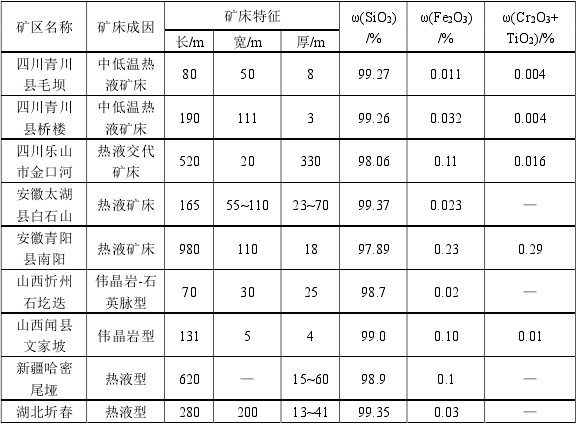 The vein quartz resources in China include glass vein quartz, cement vein quartz and metallurgical vein quartz. Jiao Lixiang of Shandong general team of China Building Materials Industry Geological Exploration Center focused on the quartz resources for glass. According to statistics, by the end of 2017, the identified resources of vein quartz for glass were 92.0439 million tons, including 20.3852 million tons of basic reserves and 71.6587 million tons of resources. But the proportion of high-end products that can purify high-purity quartz is very low. Gangue quartz ore for glass in China is mainly distributed in metamorphic rock areas of Jiangxi, Sichuan, Anhui, Xinjiang, Heilongjiang, Shaanxi and Zhejiang. 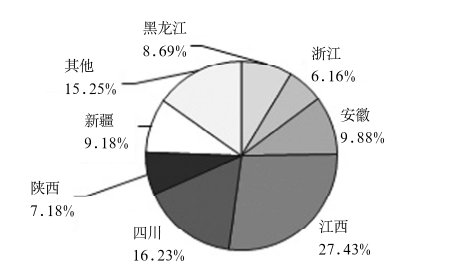 Distribution of vein quartz resources for glass in China in 2017

Development and utilization of vein quartz resources in China

According to the statistics of the national mineral resources and Reserves Database (2017), the geological work level of gangue quartz ore for glass in China is average. There are 195 proven reserves, of which 83 (42%) are explored, 30 (15%) are investigated in detail, and 82 (42%) are surveyed. At present, nearly half of the vein quartz ores for glass use in China are very small in scale, and there are very few large-scale ores. In China, there are 19 mineral deposits with quartz vein more than one million tons, of which only one is large. 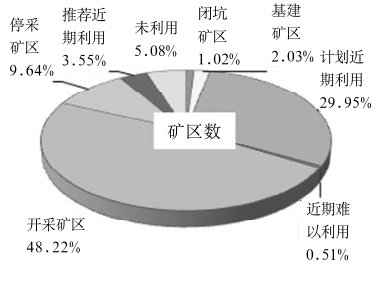 Development and utilization proportion of vein quartz ore for glass 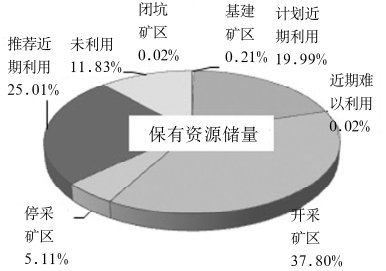 Vein quartz is mainly used to process high-purity quartz sand in China. High purity quartz sand is the main raw material of quartz glass and quartz crucible. Its downstream application fields are mainly divided into three parts: light source lighting, photovoltaic industry, semiconductor and optical fiber manufacturing. The domestic semiconductor industry started late. According to the statistics of China Semiconductor Association, at present, 90% of the chips in China depend on imports, and the self-sufficiency of semiconductor equipment is less than 5%. The proportion of quartz materials in China is also very low.

According to the prospectus of quartz shares, the domestic quartz glass market in 2012 was 5.316 billion yuan. From the perspective of demand structure, integrated circuits and separation components accounted for 23% (including LED GaAs, front-end devices in photovoltaic field), optical fiber and military industry accounted for 7.5%, silicon single crystal quartz crucible accounted for 35% (mainly photovoltaic), electric light source accounted for 21%, and other products accounted for 14.5%.

On the whole, as the domestic demand structure of quartz products is concentrated in the low-end fields such as electric light source and photovoltaic, there is a huge space for the localization of semiconductor quartz materials. With the rapid development of China's special glass, information technology and other industries, the annual growth rate of demand for high-purity quartz raw materials is about 20%. As an important raw material for high-end quartz products, the demand for vein quartz will increase.

Note: the picture is for non-commercial use, there is infringement notice to delete!